FAIRNESS AT THE FAIR

Consumers today want to know where their food comes from. They want to know how it was produced and they want assurances that it is safe and healthy to eat.

There’s a growing trend to keep it local, buying foods that were produced close to home instead of being shipped in from some far off location. I’ve even heard people say they want to know the farmer who raised that pork chop or beef steak.

If you’re that kind of person, you need to join me at the Missouri State Fair set for Aug. 11-21. I can’t think of a better place to meet those farmers who put the food on our table. 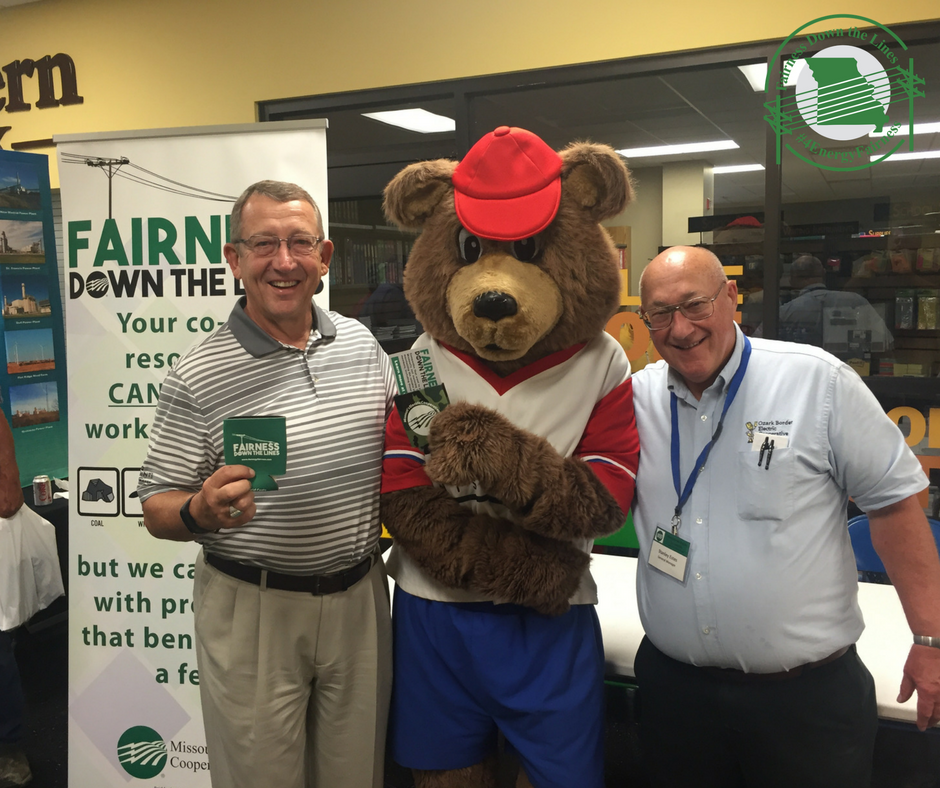 Unlike state fairs in other states, Missouri’s fair continues to be a showcase for agriculture. You can see that in the Ag Building where Missouri beekeepers sell jars of honey, Alewel’s Country Meats tempts us with their delicious ham biscuits and the winner of the giant pumpkin and watermelon contests — sponsored by Rural Missouri — will be on display.

I always enjoy seeing the livestock raised and shown by the youth of our state. Anyone who puts that much effort into producing a grand champion is destined to do great things in the future, I believe.

I’d like to invite you to stop by the Missouri’s Electric Cooperatives Building, the coolest place at the fair thanks to its ground-source heat pump. We always have a great time visiting here with electric cooperative members from around the state.

Buddy Bear, the Rural Missouri mascot, will make personal appearances and you can get your picture taken at the Just4Kids booth. We will once again have energy experts from Missouri’s electric cooperatives on hand to show you ways to trim your electric bill down to size.

You can discover the value of being a cooperative member, take a picture at our new bucket truck selfie stop, learn about our commitment to renewable energy and recharge your cell phone while the kids color a picture.

We also have an important issue we’d also like to discuss with you while you are at the fair. We call it “Fairness Down the Lines,” and it deals with the importance of having everyone who uses the rural electric grid pay their share of its cost.

Special interest groups want to change Missouri’s net metering law, unfairly shifting costs from the select few who have solar panels on their homes to the member-owners who do not.

Our perspective is simple: because all members are continuously connected to the grid, all members should pay evenly to maintain it. Special interest groups, however, have other ideas.

In the 2016 legislative session, these groups filed legislation and tried to use an initiative petition to obtain their unfair agenda. Missouri’s Electric Cooperatives and other utilities helped stop those special interest groups in 2016, but we know they will soon be back to attempt these changes again.

That’s why we want to educate you on our “Fairness Down the Lines” campaign.

Missouri’s electric cooperatives are strong supporters of agriculture and the Missouri State Fair. We hope you will attend this year and, as the 2016 theme suggests, “See what crops up.”

You can find more information about this year’s Missouri State Fair on page 32 of this issue or by visiting www.mostatefair.com.